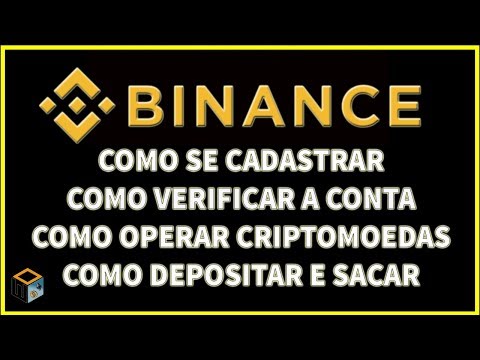 Swap.Online delves into the background of centralized and decentralized cryptocurrency exchanges. As decentralization is our name for the game, we would primarily like to find out whether it was inevitable or not.


From Childhood to the Golden Age: DCEs and CEXs

The first centralized cryptocurrency exchanges had two main pre-historical roots of origin. Ideologically, they originated from the e-commerce exchange services of the early 2000s. Digital Currency Exchanges, or DCEs, were particularly popular in the U.S. and Australia. GoldAge Inc., E-Gold Inc., Liberty Reserve were frequently seen in the headlines mostly due to legal issues, as the U.S. SEC, as well as the Australian ASIC failed many times over to figure out whether the e-gold exchange was a form of banking, money laundering, non-licensed remittances or illegal entrepreneurship. These services exchanged fiat money on different digital currencies (1MDC, E-Gold, eCache etc.) and, in a way, fulfilled the demand of New World and EU citizens for anonymous transactions of digital and fiat money.
But, in fact, the first significant cryptocurrency exchange arose from a surprising source… The website of the online game “Magic: The Gathering Online”. This game’s name refers to a magical world, where the currency system is represented in the form of cards. Jed McCaleb, the programmer from San Francisco and future contributor for Ripple and Stellar, developed the Mt.Gox project with the purpose of trading these cards like traditional stocks. In January 2007, he purchased the domain name mtgox.com, but in 2008, he abandoned the project as a premature venture. One year later, he used this domain to advertise his own online game. In the year of 2010, he read about the concept of Bitcoin and decided to launch the Mt.Gox exchange and exchange rate service allowing to trade Bitcoin freely. The project was released on July 18, 2010.
Rapid commercial growth started when the product was sold to the French-Japanese developer Mark Karpeles in January 2011. It was the year 2011 when Mt.Gox demonstrated the main security challenges that traditional centralized exchanges will encounter all along their development path in the future. These included direct thefts from the platform’s wallets, attacks with multiple ‘ask’ orders, malefactor invasions resulting in price drops (one day, in the spring of 2011, 1 BTC was worth less than 0.01 USD) etc. By the way, the dramatic collapse of February 2014, with more than 750K BTC lost and the $65M civil suit in Tokyo court were still to come. During the years 2012–2013, every 3 of 4 Bitcoins in the world was sold via Mt.Gox, and it was a real success story.
The years 2011–2012 gave birth to the bulk of top centralized cryptocurrency exchanges. BTCC was founded in June 2011 as the first exchange for the Chinese market. At the same time, American developer Jesse Powell had spent a month visiting Mt.Gox offices to offer assistance in the aftermath of the first hack. He was unsatisfied with the level of business organization, and that was how Kraken was founded in July 2011. The infamous BTC-e platform for exchanging rubles for BTC was also launched in July 2011. In late 2011, the largest American exchange BitInstant was founded and started selling Bitcoin via WalMart and Walgreen. 2012 became the year of origin for Bitfinex, Coinbase (first Ethereum marketplace) and LocalBitcoins.


Pros and Cons of Centralized Exchanges

We are now six or seven years away of those days. Today, hundreds of centralized exchanges are offering the services of exchanging BTC, ERC-20 and another cryptos. We can even hardly classify them. Usually, specialists speak about three mainstream types of centralized exchanges.
Trading platforms. They connect buyers and sellers to each other, allowing them to publish trading orders and take some transactional fees (most commonly 0,3 per cent from the taker of the liquidity). For example, Cex.io, BitFinex, BitStamp belong to this group. Usually, these platforms are characterized by a complicated interface, which is not suitable for newbies.
Cryptocurrency brokers. If a trading platform is a local market where you buy goods from their producers, the broker is a small player on the market. They sell coins at definite prices while setting high fees, but allow acquiring cryptos in a simpler manner. Moreover, most of them support a broad range of payment tools. Coinbase, Coinmama, Coinhouse are among the most popular brokers.
Peer-to-peer-services. They simply allow their users to publish announcements about operations with cryptos. The buyer and the seller directly negotiate the prices. It is even possible to find one selling crypto for cash in your neighborhood. The most remarkable example here is LocalBitcoins.
As one can see, now the range of services offered is truly broad. By the way, there is a list of common complaints regarding centralized exchanges both from traders and crypto theoreticians.
Safety. Even a single point of centralization can lead to the massive theft of users’ funds and keys. More than a million BTCs have been stolen by the time of writing of this article.
Regulation. If the center (or even one of the centers) of a CEX is physically located in some country, the position of this country’s government on ICOs and crypto related issues becomes crucial for the future of the project. Legal restrictions in this sector are now imposed in the U.S., China, South Korea, India etc. When your exchange is centralized, the officials can arrest your cryptos for no reason. Moreover, the administration of the exchange can be involved in fraud with your private information and money.
Speed. We have conducted some particular research on the speed of popular CEXs (Binance, Huobi, Poloniex, see p. 11). The results are sad: you can wait dozens of minutes waiting for the pending of your transaction.
KYC/AML. There is nothing to talk about in this regard, we suppose. If you must send someone your photo, a scanned copy of your ID or even proof of income wanting nothing in return but to withdraw your own funds, it is not OK.

Decentralization, as the initial meaning and internal essence of blockchain, smart-contracts and cryptocurrencies, was first italicized by Satoshi Nakamoto and even Nick Szabo in 1990–2000-s. The rise of CEXs resulted in an obvious contradiction, because blockchain-based currencies are being operated via centralized mechanisms just like Visa or MasterCard, but much slowly. Is it normal? Where is the next stage of evolution or, does it even exist in the first place?
The answer was the main point of arguments in the crypto community during the year of 2017. In February, Vitalik came out with the suggestion about the nature of blockchain’s decentralization: “Blockchains are politically decentralized (no one controls them) and architecturally decentralized (no infrastructural central point of failure), but they are logically centralized (there is one commonly agreed state and the system behaves like a single computer)”.
The only possible expression in the commercial implementation of ‘architectural decentralization’ is the decentralized exchange of cryptocurrencies.
And the most advanced technology in this case is that of the Atomic Swaps — the direct peer-to-peer instant cross-chain transaction.
CEXs were the natural and inevitable stage of development for cryptocurrency exchanges. By the way, the DEXs are coming: we found them (namely IDEX, EtherDelta and Waves DEX) on the list of the top-100 exchanges on Coinmarketcap.
So, the Swap.Online team is on the right track. Get ready for ERC-20 ⇔ BTC, ETH ⇔ BTC, USDT ⇔ BTC, EOS ⇔ BTC trading directly from your browser with neither middlemen nor a centralized infrastructure.
See you on the mainnet on August 27, 2018,
Swap.Online Team

Binance crypto exchange users will now be able to move their digital currencies from one account to another at zero cost within a few clicks. This means no commissions will be charged on transactions within the exchange’s accounts since block confirmations won’t be necessary. However, this internal transfer feature will only apply to accounts under a similar branch of Binance also supports major hard-forks, and you can trade in both Bitcoin Cash (BCH) and Bitcoin Gold (BCG) on Binance. Customer support. Binance has two separate sections on their website – one is announcements, where users can find the latest news related to the cryptocurrency exchange. The other section contains a hub of FAQs, which are ... Instant exchange and Buy crypto option: Atomic Wallet enables you to exchange 60+ cryptocurrencies. This service powered by Shapeshift, Changelly, and Changenow. The in-app buy option is powered by Simplex allows you to buy Cryptocurrencies like Bitcoin, Ethereum, XRP, Litecoin and Bitcoin Cash with a credit card in a few clicks. 24/7 support: Atomic cares about its users. The support staff ... Exchange one asset for another in our advanced and secure Bitcoin exchange. The best place to buy, sell and trade your cryptocurrencies. Start your trading journey today. Making cryptocurrency trading accessible to everyone, anywhere in the world. Spot-markets for Bitcoin, Bitcoin Cash, Ripple, Litecoin and many more digital assets. Start trading Sign in to your account. 0% fees when buying ... The world’s largest crypto exchange by volume, Binance, put forth an updated term of use agreement on 14 June 2019, which stated the retraction of trading benefits from the US customers. It stated: “Binance is unable to provide services to any U.S. person. Binance maintains the right to select its markets and jurisdictions to operate and may restrict or deny the Services in certain ... Binance is a cryptocurrency exchange, created by a former key member of OKCoin. While the company mostly focuses on the Chinese market, everybody is welcome. That being said, they do not accept fiat money deposits. The amount of coins available for trading is relatively high and still growing, but there are other exchanges offering the more exotic ones. The major issue we have with Binance is ... Binance. The world’s largest cryptocurrency exchange is also a bastion of KYC-less trading. There are some caveats though. For one thing, U.S. citizens must trade on Binance US, which comes with ...

How to get set up on Bitcoin Exchange in Meta Trader 4 ...

BINANCE - TUTORIAL COMPLETO DA MELHOR EXCHANGE DE CRIPTOMOEDAS ⭐Link de Cadastro BINANCE: http://bit.ly/2Diq0zk 📞Contatos: 📝Email: [email protected] A B... New Binance exchange tutorial 2020. How to deposit and withdraw, how to use the exchange itself and we also discuss some more features of the Binance platfor... Find out how to set up the software Meta Trader 4 to trade cryptocurrencies like Bitcoin and Litecoin on the btc-e exchange. Know how to transfer from Binance to Coinbase. This video will help you move your coins from Binance to hardware wallet or other exchange. In this video, I s... +44 7966 871854 - Adrian Hibbert Moving BitCoin from Bitstamp Exchange to Bittrex Exchange http://Bittrex.com http://Bitstamp.net Adrian Hibbert Internet Mar... Tutorial Corretora Binance Exchange - Como Comprar e Vender Bitcoins e Criptomoedas Passo a Passo na Binance. Melhor tutorial. Link da Corretora Binance: ️ ... HOLA Amigos es un gusto saludarlos nuevamente, en esta ocasión les comparto este video para los amigos que quieren realizar Trading con Criptomonedas en el E... Binance Sign-up: https://www.binance.com/?ref=11298765 Binance Update & Beginners Tutorial 2020 (How to Trade Crypto on Binance). In this video, I take you... A beginner’s guide to the Binance Exchange. In this Binance Tutorial, I show you the process of how to buy and trade Bitcoin and AltCoins. I explain the bene... 🎥: Top 4 Exchanges To Buy Bitcoin & Cryptocurrencies For Beginners! 🚩: Binance Exchange (My Favourite): 👉 https://www.binance.com/en/register?ref=RMY9N5F0